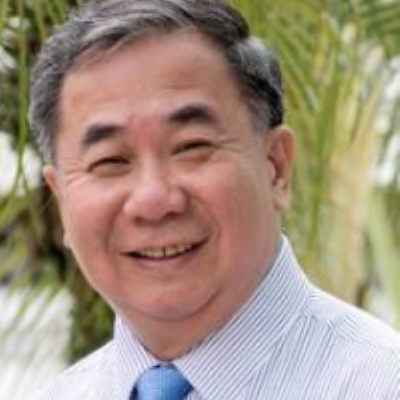 Professor Freddy Boey will be appointed Deputy President (Innovation & Enterprise) on 1 April 2019. He will oversee the University’s initiatives and activities in the areas of innovation, entrepreneurship and research translation, as well as graduate studies. Prof Boey joined the National University of Singapore (NUS) as Senior Vice President (Graduate Education and Research Translation) on 9 January 2018.

An alumnus of NUS, Prof Boey was Deputy President and Provost at Nanyang Technological University (NTU) from January 2011 to September 2017. From 2004 to 2010, he was the Chair of NTU’s School of Materials Science and Engineering (MSE), during which it became known as one of the world’s foremost and largest MSE schools.

A keen inventor, Prof Boey pioneered the use of functional biomaterials for medical devices in Singapore. He has filed 118 patents, and founded several spin-offs. His customisable hernia mesh has received US and China FDA approvals, with US-China funding. His fully biodegradable heart stent company, Amaranth, which is funded by a Silicon Valley VC, has received buy-in from the US-based Boston Scientific for wideranging US FDA clinical trials. His recent spin-off, Peregrine, which uses a nano drug delivery system for glaucoma, won the 2014 Singapore President’s Technology Award. Prof Boey’s research has been published in over 361 top journals with 18,000 citations. He has an H-Index of 72.

Prof Boey was conferred Singapore’s highest scientific award, the President’s Science & Technology Medal, in 2013 for his contributions to the country’s science and engineering landscape. He was awarded Singapore’s Public Administration Medal (Gold) in 2016 for his contributions to the development of the Lee Kong Chian School of Medicine, and the Imperial College London Fellowship in the Faculty of Medicine in 2012. He received an honorary doctorate from Loughborough University in 2011, and the Distinguished Alumni of the Year Award from Monash University that same year. Prof Boey holds honorary professorships from the University of Indonesia, the Nanjing Postal and Telecommunication University and the Nanjing Technological Unviersity.

He previously served as director on the boards of the Government Technology Agency of Singapore (GovTech) and Defense Science Organisation. He remains a Director for the Health Sciences Authority, Prof Boey also contributes on many boards of nationally-funded research centres. He is a Fellow of the Institute of Materials (UK) and the Institution of Engineers Singapore, a Founding Fellow of the Academy of Engineering, Singapore, and had been a member of the National Cybersecurity R&D Laboratory and Singapore Rail Academy Board.

Prof Boey graduated with a Bachelor of Engineering (Materials Engineering) from Monash University, Australia, in 1980, and a PhD from NUS in 1987.