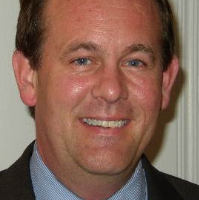 Mark Chandler is the Director of the San Francisco Mayor's Office of International Trade and Commerce.  Mark has been a member of the Mayor's Office for over thirty-one years and has served eight mayors.

Mark has been a featured speaker and presenter across the globe on international economic development, Smart Cities and San Francisco’s role as the center of innovation, including being a lead speaker at the World Cities Summit in Singapore, the Moscow Urban Forum, the Smart Cities Conference in Dubai, the Korean Development Institute’s Sharing Economy Forum, the Asia Society Corporate Conferences in Ho Chi Minh City and Delhi and the Smart City Forum in Barcelona.

He has a BA in Economics from U.C. Davis and an MBA in International Marketing from UC Berkeley, Haas School of Business.  Mark also studied Japanese Language at the Tokyo Academy of Japanese in Tokyo.  Mark is married to Carolyn with a daughter, Lea.  Mark and Carolyn are recipients of the 2015 Jefferson Award, a National Award that notes outstanding achievement and support of your local community. He, his wife and daughter enjoy travel, geocaching, gardening and are avid San Francisco Giants fans.